The Pacific Region Contaminants Atlas (PRCA) is an online resource tool which was created to explore environmental contaminants topics in British Columbia, Canada.

The industrialized and urbanized Georgia Basin, situated in the southwestern corner of British Columbia, is one of the key areas of concern and is the current focus of this Atlas.

Information sharing is crucial to effective decision-making by stakeholders. This Atlas provides access to scientific and technical information to support such decision-making and presents information on successes, future needs, and continuing concerns with respect to contaminants in the Georgia Basin.

In addition, the Atlas includes a Kids™ Page, an engaging and entertaining tool, which provides educational information on environmental contaminants for school-age children. Kids™ Page can be accessed by clicking on the special Frogman icon. 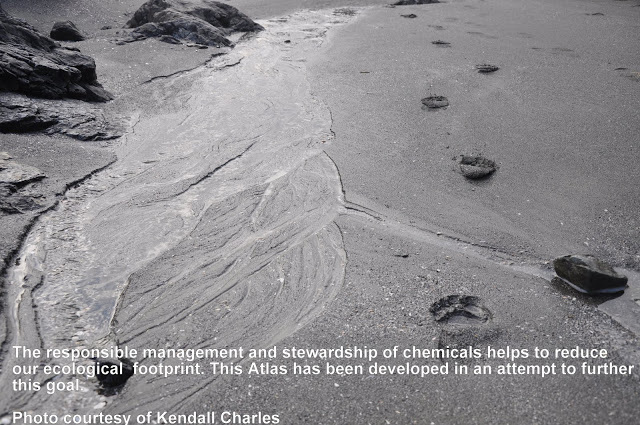 To address the needs of a wide range of stakeholders, from the general public to researchers and regulators, the PRCA provides environmental contaminants related information at various levels of detail. Brief summaries on topics of interest are provided in each section of the Atlas, which are accessible from the menu on the left. However, more detailed information can be accessed from each section through hyperlinks within the text and also through the Links to fact sheets and other websites at the bottom of each page.

The various sections of the PRCA provide information on topics and issues relating to contaminants in the Georgia Basin. For example, the section titled “What are the contaminant concerns in the Georgia Basin?” includes information on contaminant sources, environmental levels, potential impacts, current issues, and species of special concern (such as killer whale, harbour seals, and chinook salmon). Government programs, existing regulations, and community-based partnerships already implemented to address contaminant concerns are summarized in the section on “What is being done?”. And the section on “Success Stories” provides insight into some of the initiatives which have been successful in reducing contaminants releases and decreasing the risks associated with these contaminants in the Georgia Basin environment. To find out more about actions and choices that we can all make, on an individual basis, to minimize our contributions of contaminants to the environment refer to the “What can you do?” section.

The PRCA menu on the left also contains several Tools to assist the user. These include:

The development of the PRCA was funded, in part, by the Georgia Basin Action Plan (GBAP). While the initial focus of the Atlas has been the Georgia Basin, the PRCA was intentionally designed to allow for expansion to include other important eco-regions within British Columbia, Yukon and areas of the Northwest Pacific Coast of the United States, such as the Puget Sound.

The PRCA was created through extensive consultations between Environment and Climate Change Canada, Fisheries and Oceans Canada, BC Ministry of Environment, Community Mapping Network, and the BC Conservation Foundation.